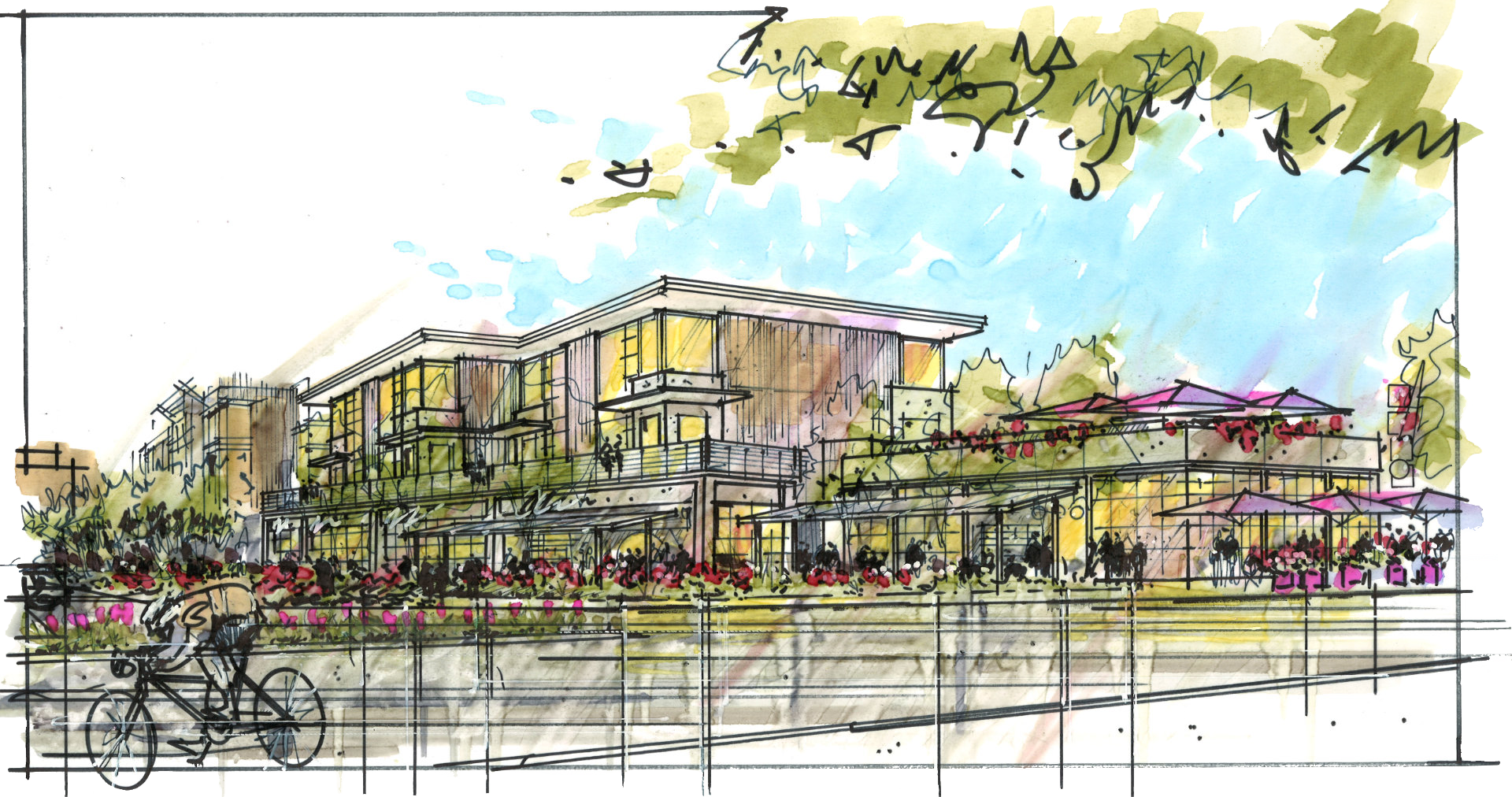 After the 2011 earthquake (magnitude 6.3) that devastated the city of Christchurch, New Zealand, civic leaders undertook a competition to re-build several city blocks within the city. They saw an opportunity to bring more residents into the city and improve on the sustainable character of Christchurch.

Design firms from all over the world were invited to submit proposals. A New Zealand developer, in partnership with award-winning Seattle urban design firm Cascade Design Collaborative, joined forces to envision a new, mixed-use development for one such block: an 8100 square meter lot bounded by 3 city streets and facing Latimer Square.

Domain Design Architects joined the team to provide design prototypes for the housing units included in the proposal. These units included condominium apartments, 3-story townhouses and flats over retail shops.

An urban village named CUVEE (Christchurch Urban Village Example Extraordinaire) was envisioned, which would provide residents with the fun and convenience of in-city living.

The developers wanted a range of dwelling types with new forms and exciting materials to ensure a vibrant and uplifting community. A balance of public and private spaces was achieved through the use of a landscaped interior courtyard for residents and public plazas along the retail street edge. Many sustainable features were included, such as photo-voltaic panels, vegetated roofs, bike racks, battery recharge outlets, bus stops, vegetable garden plots, an on-site convenience store and a water detention/treatment facility in the form of a native garden.

Sustainable materials were selected for their recycled content and durability. Friction pile foundations were selected to meet the seismic challenges of the area, which is built on ancient peat bogs and has a high water table. Building heights were limited to 5 stories for the condominium building and 3-stories for the townhouses. Finally, a cost analysis was generated to confirm the realistic economic costs and potential of the development. 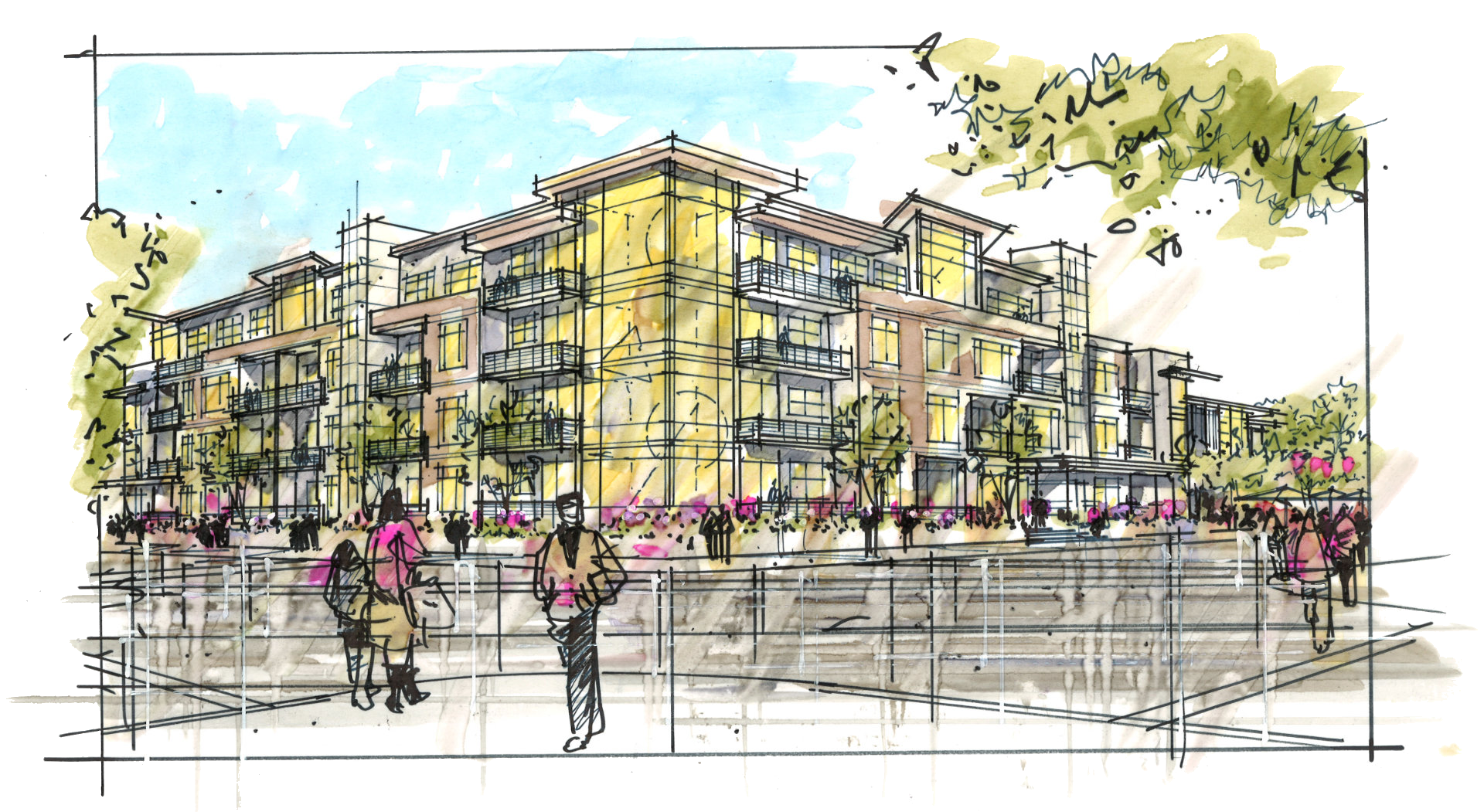 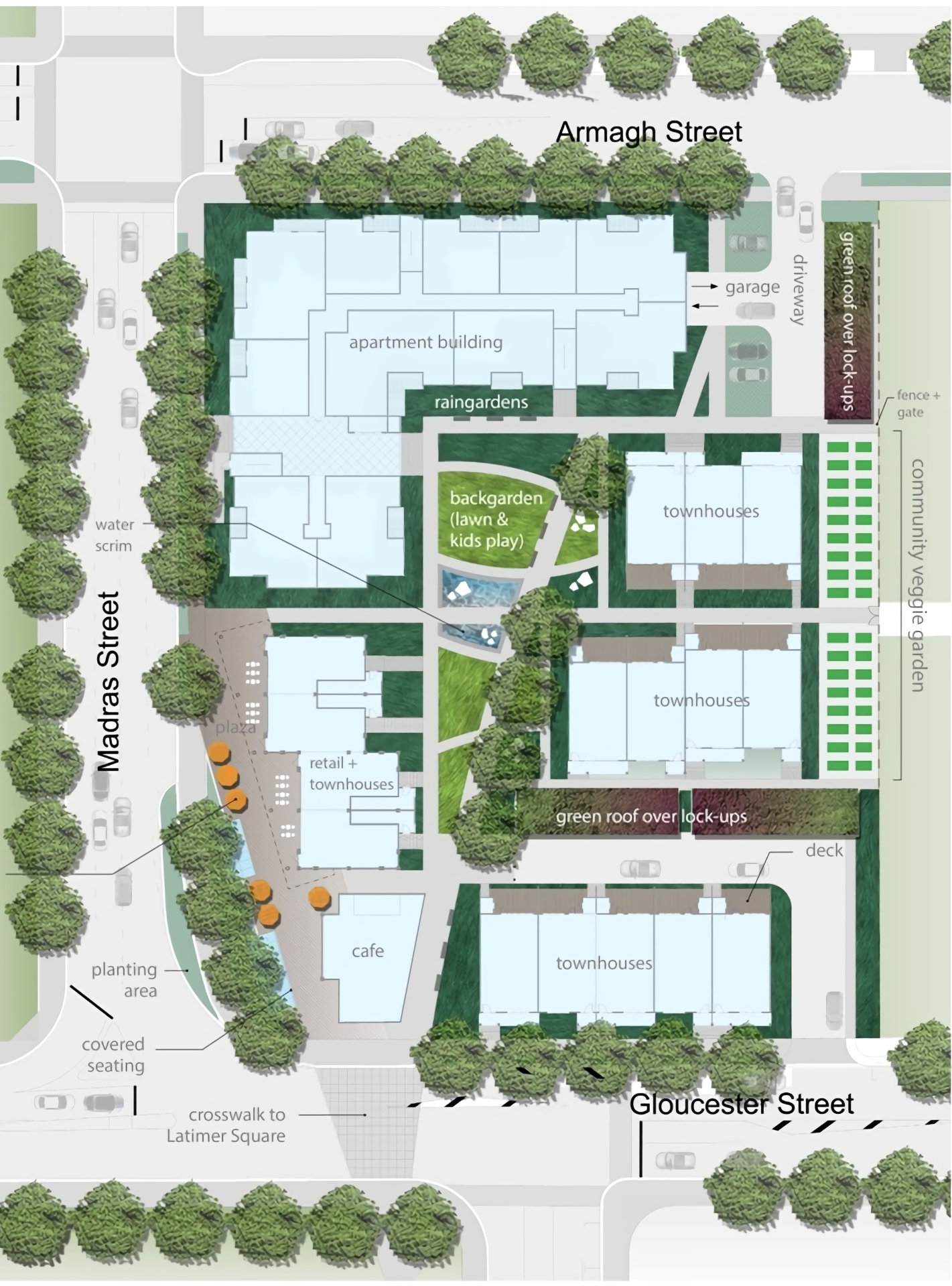 No items found.
next project

This Bainbridge Island waterfront residence was given a complete remodel. On the exterior, demolition included roof framing, windows, doors and siding. Inside, the kitchen and baths were gutted. New tie-downs and shear walls were added to bring the structure up to code, seismically. 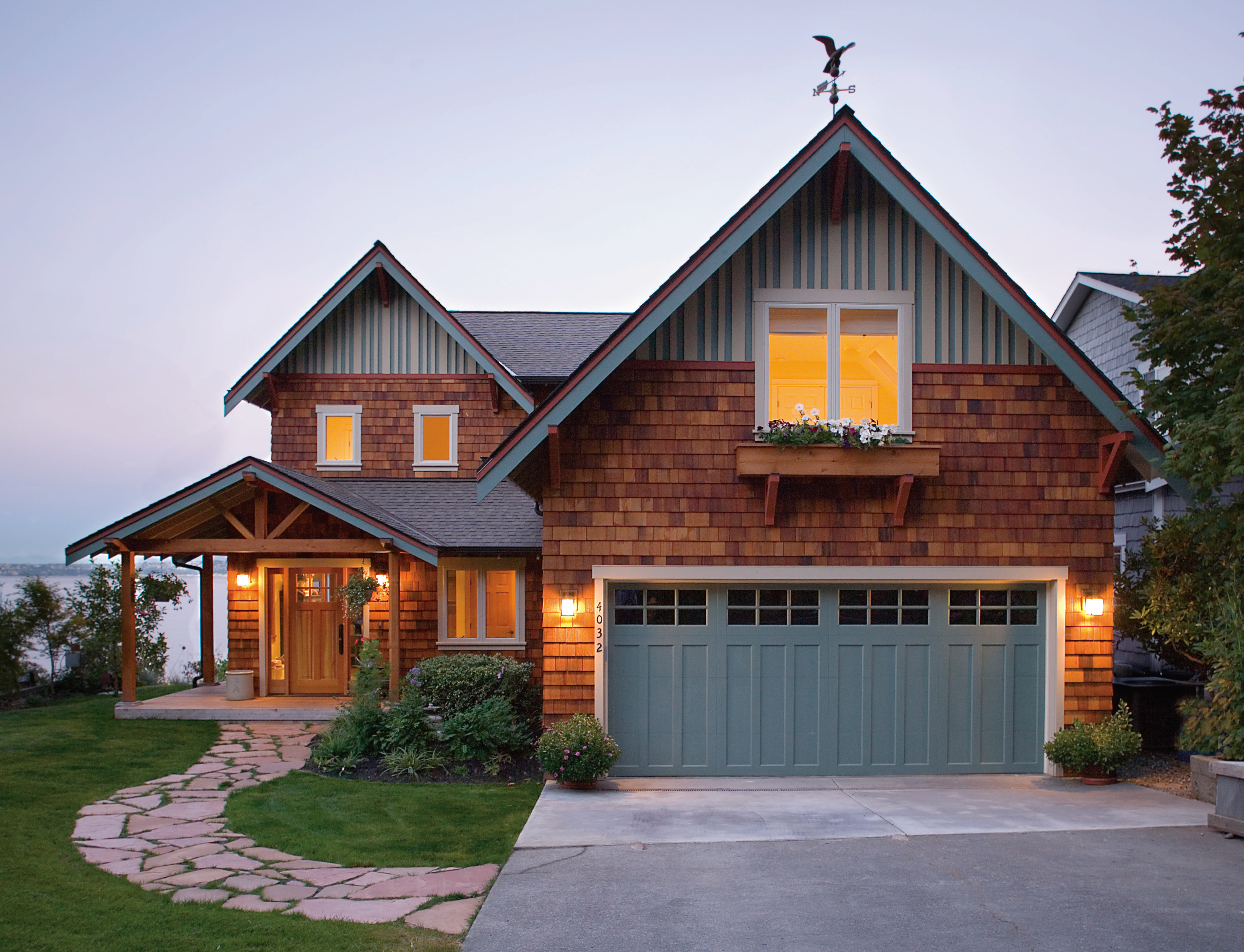